Mystery Behind The Giant Hole in Broken Beach

When you live in Indonesia, there will be no chance you can live without hearing a myth. We, Indonesian, were born, grew up and live with it. There are so many myths and one of the most famous myth that you might be never heard is about the formed of a giant hole in Pasih Uug, Bali or also known as Broken Beach. Do you know this place, right? A unique and beautiful beach located in Nusa Penida, beside the famous Angel’s Billabong?


Decades or even hundred years ago, before the giant hole appeared on Pasih Uug (Broken Beach), the land was fully covered by the soil, stone and the sand. On that land, there was a village with many Banjar on it. But one day, the “curse” attacked the village beacause of a bad thing did by some villagers. There are many versions of this myth, but I’ll try to tell you the one I know. This is the story how that giant hole appeared

Once upon a time, In Pasih Uug, there was a cow walking on a meadow by itself. It ate the grass on that meadow just like a normal cow. But there was one thing missing, the owner. The cow just stand by itself. Couple minutes later, a bunch of farmers who just came back from their fields walked through that grassland and saw the cow. “Whose cow is this?” asked one of the farmers. 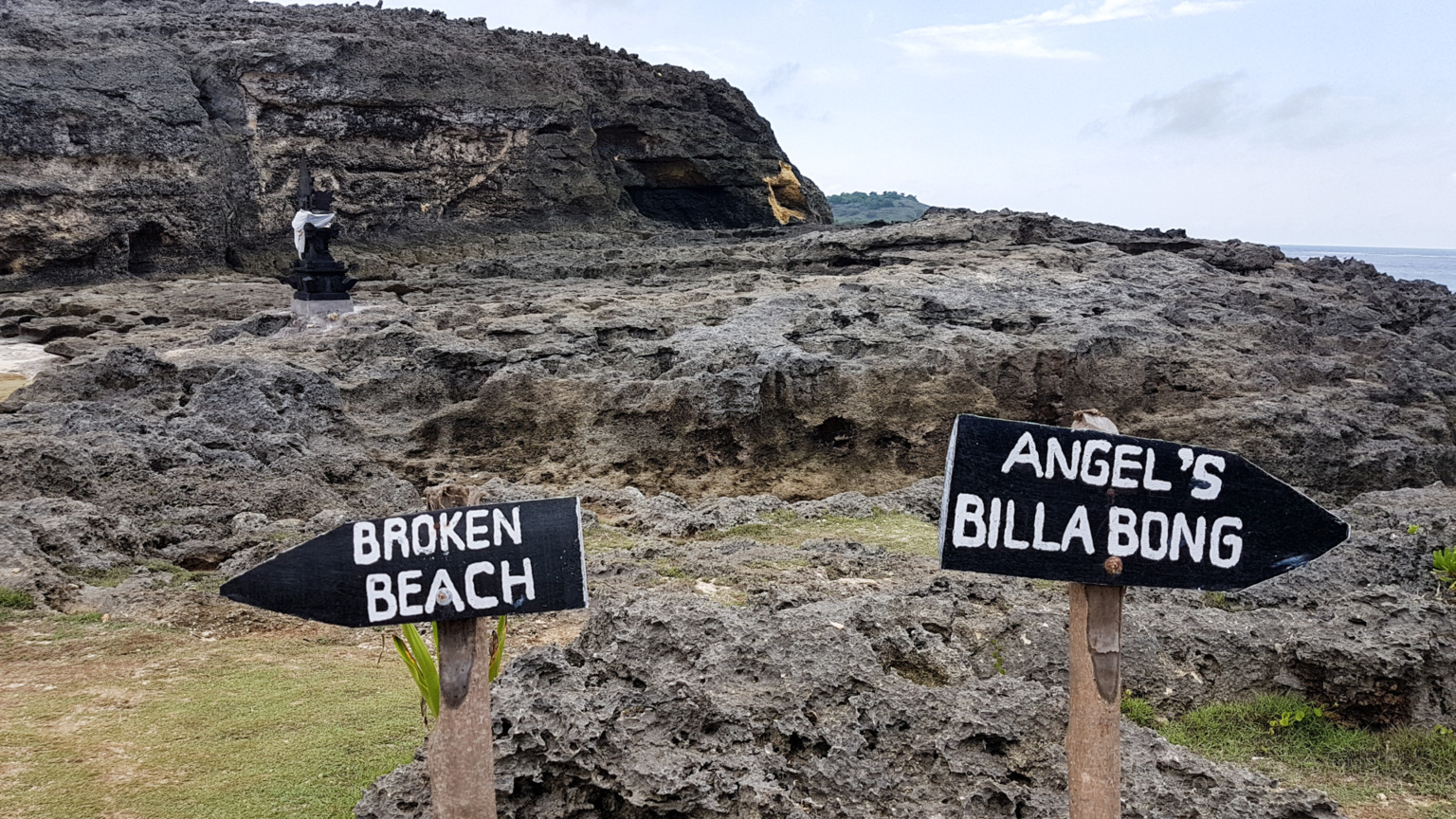 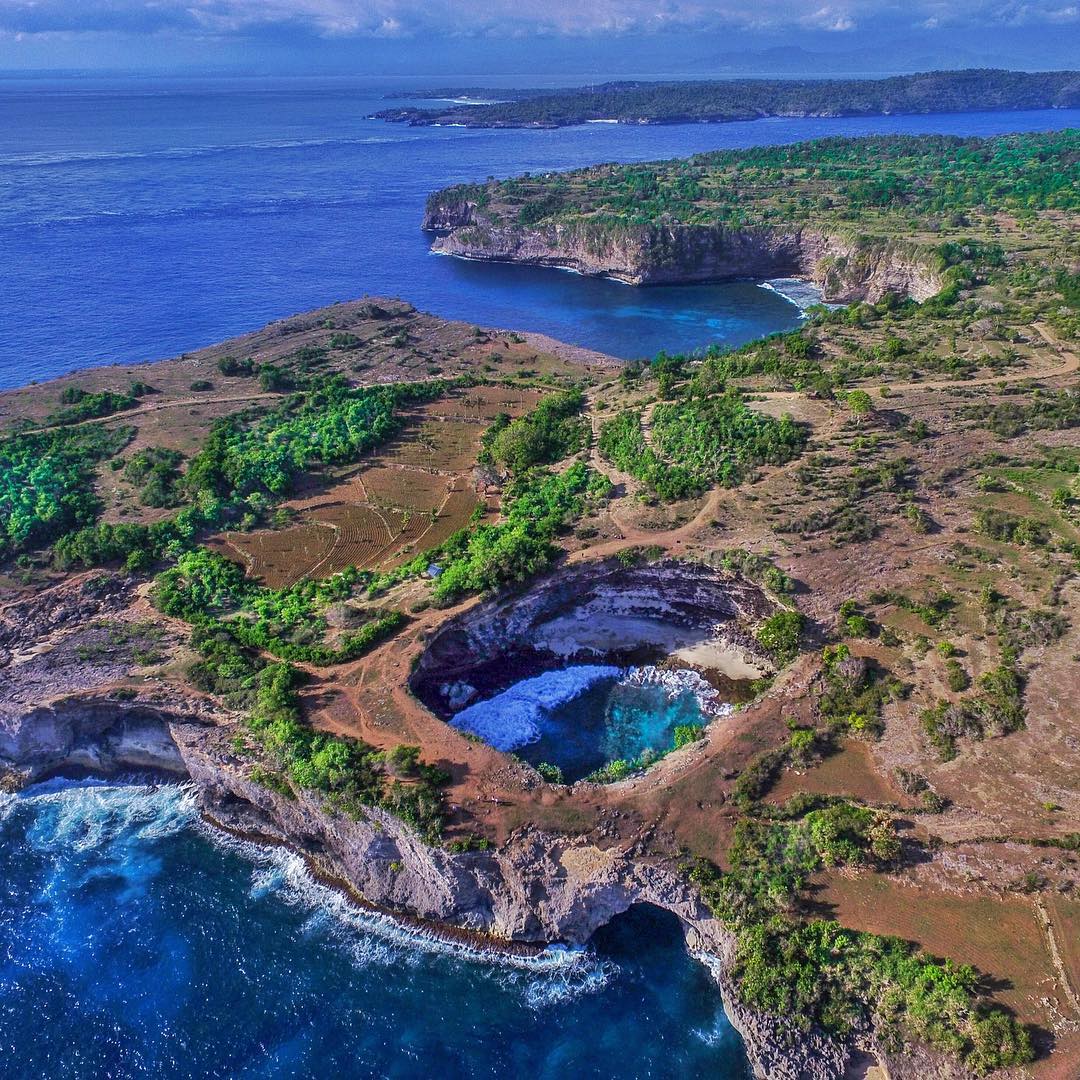 Aerial View of Pasih Uug. That giant hole is the Broken Beach. Pic via ini

The farmer asked it twice but no one admited it. Because they thought there was no one owned the cow, they took it back to the village to slaughter the cow and cook it. Once they arrived at the village, the planned was successfully executed. Without feeling nothing, they distributed the meat to the neighborhood so others could also taste it and ate it together in a place.


Along with the completion of that “Meal time”, the sun set and the night came in. All of the villagers, including the farmers, were so happy because the meat tasted so good. But before that meat were fully processed by the stomach, then an ugly oldman with his dirty clothes came and asked them about his lost cow. “Do you see my cow around here? I’ve looked for it for a couple hours but I can’t find it.” said the oldman to the group of people whose stomach looked so full.

Unfortunatelly, no one confessed that they had slaughtered and cooked it. To find the truth, the old man made a contest. He took out a stick from his robe and plug it into the ground. After doing that, he said, “If you told me the truth, then you will definitely be able to pull the stick out of the ground. If there’s no one can, then I will consider all of you as liars.” great spot to take photos with your bae 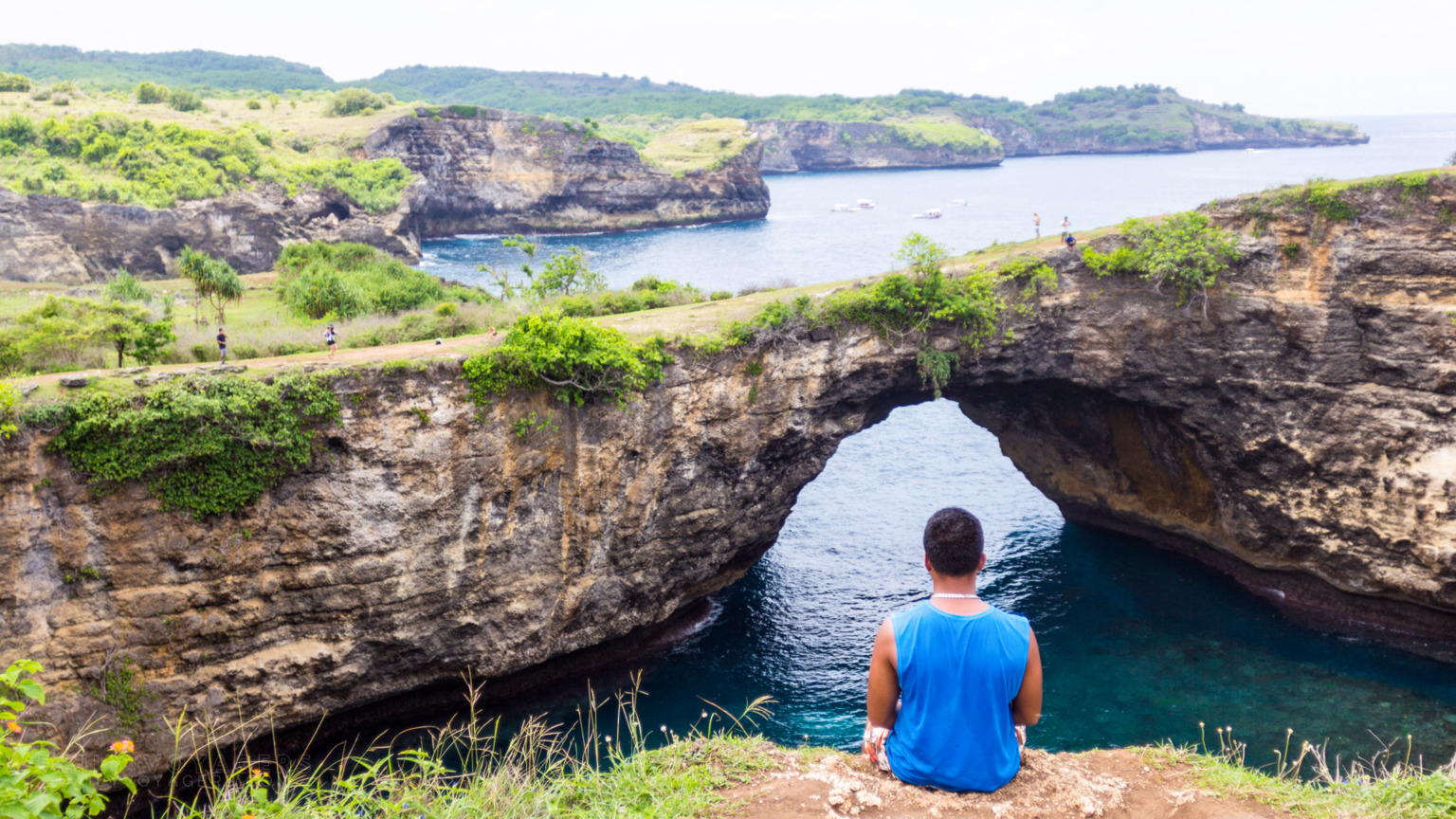 Afterwards, the oldman pulled the stick out and from the hole caused by the stick, the water came out swiftly and followed by an earthquake. The villagers who saw it then run to save their necks. But before it happened, the land where they stood were collapsed which caused a giant hole in Pasih Uug. There was no one alive except the villagers who didn’t eat the meat and lived pretty far from that cursed village. They live to tell the story to their posterity and learn from it. Then where the hell was the old man? He was mysteriously gone. Since then, the place was called Broken Beach. 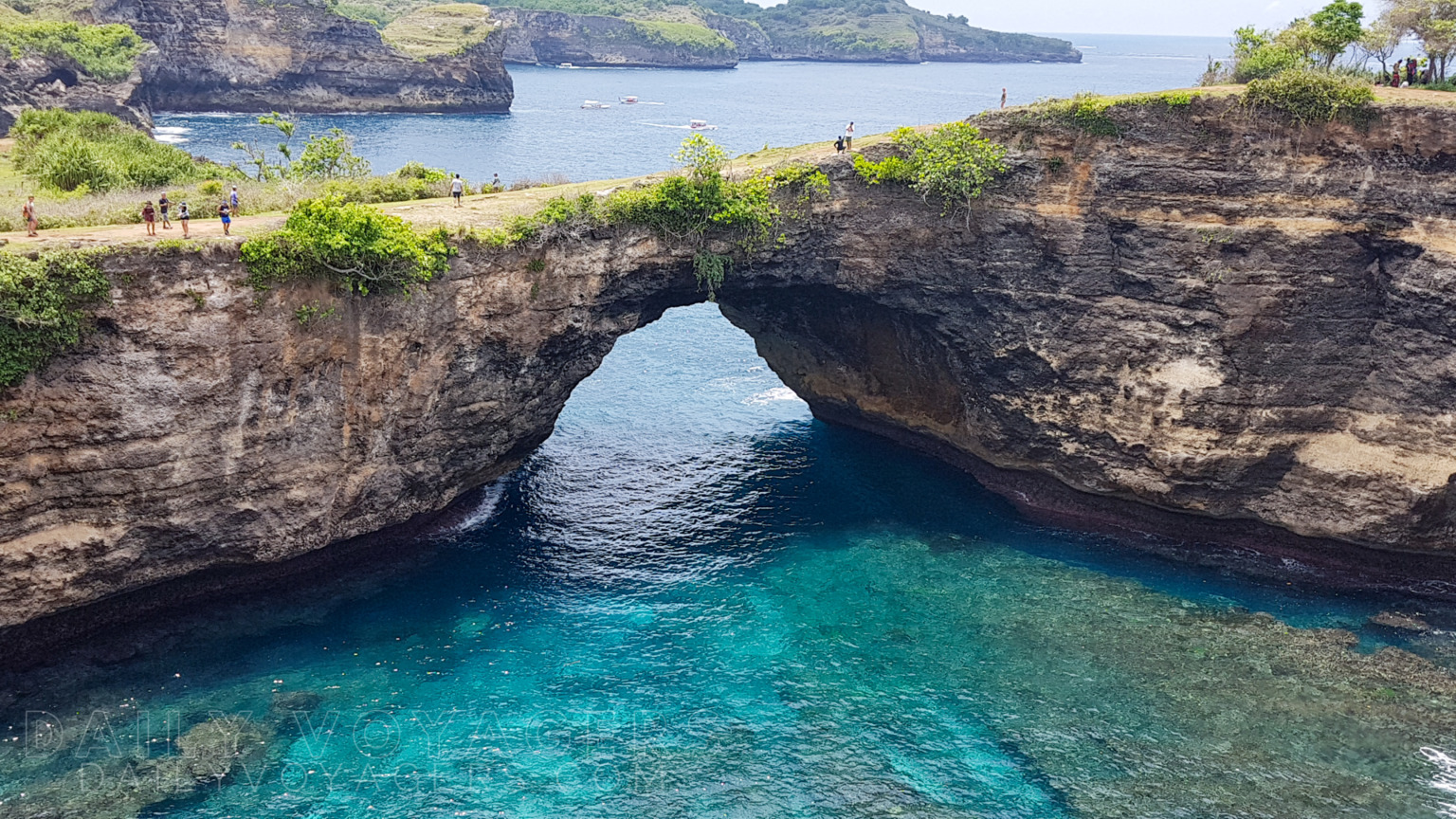 Before going to the conclusion, I thank the farmers who took and slaughtered the cow. If they didn’t do that, then there would be no pretty Broken Beach on Nusa Penida.

Besides the true or not the story above (local people in Nusa Penide believe that the story is real), I can learn 2 things. The first one is if you find item(s) that don’t belong to you, don’t take it as yours. The second, if you did something wrong, then do not hesitate to do an apology (Don’t lie).

Okay, that’s a wrap. That is the full story of the Broken Beach. If you never come to Nusa Penida and visit Broken Beach, then you should do because this place is magnificently beautiful.

The great enemy of the truth is very often not the lie, deliberate, contrived and dishonest, but the myth, persistent, persuasive and unrealistic.
–John F. Kennedy